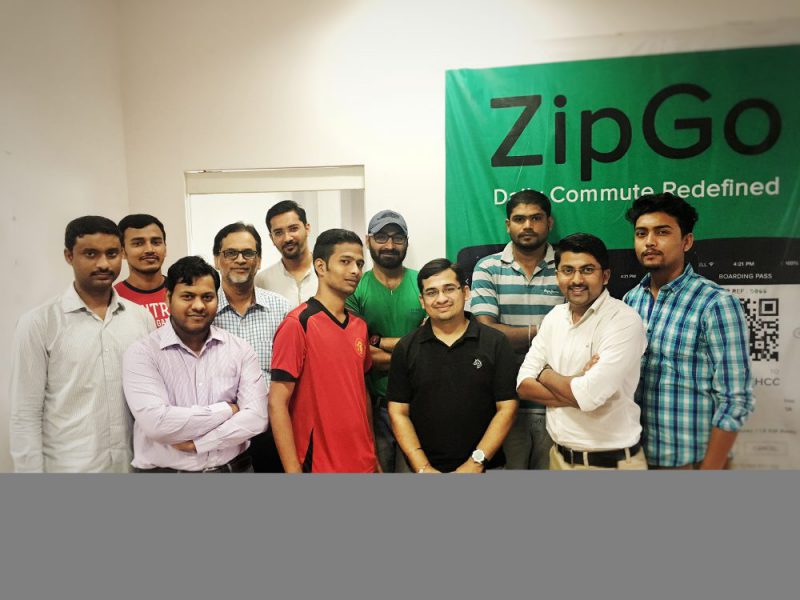 ZipGo, a smartphone application providing on-demand AC bus service in three cities of India viz. Bangalore, Jaipur, Delhi/NCR. This startup comes under Transportation sector which includes Ola and Uber. But ZipGo revolutionises the sector by introducing it to buses within the city in order to ease the tension of the commuters. Unlike Uber and Ola, ZipGo looked at the problem of commuters and tried to make the answer efficient and solvable by introducing an application which tells the commuters about the location of the AC Shuttle service buses within the city.

As it mentions in the CrunchBase, ‘Zipgo provides comfortable, convenient, reliable, safe and affordable urban transportation option for the masses.’ Based in Bengaluru, it has four founders – Jitender Sharma, Gaurav Agarwal, Neeraj Paliwal, Pritesh Gupta who have already been in the sector at different firms. They sat together and fixed it looking at the amount of traffic Bengaluru is facing. With which traffic, Bengaluru is considered as the sixth worst city in terms of traffic on roads regardless of the climate and the beauty.

No more hassle for seats as ZipGo guarantees seats and also gives live updates of the shuttle movement – live mobile tracking and daily commuters can conveniently rely on the service. Commuters can move cashless and can do the payment on the app instantly or on-the-go. ZipGo cleverly runs its service in the city through the rushed roads serving more in the peak hours of a day.

With its aim to revolutionize the urban commute forever, it is currently looking to expand the horizons to more metropolitan cities as well.

Challenge with the Government

It has faced a big challenge with the Government transport system. In Bengaluru, BMTC, the transport department has challenged ZipGo by stating that it is violating the norms of the Government and forced to shut down its service and operations. However, ZipGo founders replied well with the norms even though the RTA Officer commented that it is operating illegally and needs to get a permit, which is not possible, as it shares the same market as the BMTC.

ZipGo played a tough game and could stand well on its ground with all legality. Customers who have trusted ZipGo have took it all on the valiant approach of the Transport Department. ZipGo got its wheels back with customers back-end support.

Coming to the strategy they said, “We are participating so that some other startup can have the privilege of being a runner up against us. We will hit sixes longer than our vehicles’ routes. That’s our strategy to win.”