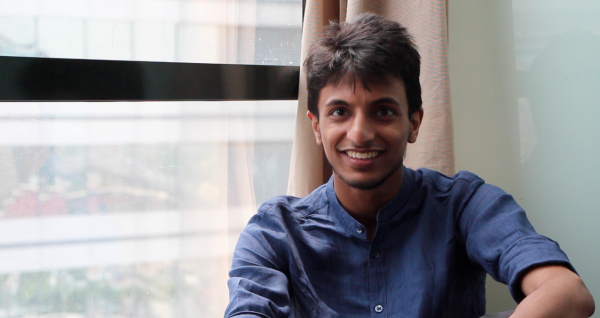 inFeedo: is a B2B startup where every employee matters that’s been going head-on against Microsoft for the last 3 years

inFeedo (https://www.infeedo.com/) is an employee feedback platform on par with giants like Microsoft started by an 18-year-old with a vision that success is nothing but hard work + perseverance. inFeedo comes with the most apt tagline ever, “Where people matter”.  The work culture of a company is one of the major deciding factors on where the company is headed. Success or Failure. That’s where inFeedo plays its trump card.

When you sit with..
a sales guy who spent 15 months in Antarctica,
a techie who dropped out of St. Xaviers college,
a qa engineer who became the sarpanch of 20000 member village,
a data science obsessed sociopath and
a product fanatic who’s been your college room-mate
all on the same lunch table,
all working towards the same mission,
every single day,
you see magic.

A company’s success of failure is all on dependent on how comfortable and how well the employees in the company are treated and how they feel about it. inFeedo plays a perfect role for the same and at the same time is not a simple office gossip site like most of its competitors.

When you come across any startup, you happen to look at the founder’s or CEO’s background and marvel at his/her’s experience or how many niches they’ve worked on. An inexperienced guy is always shadowed by words/under attention. Tanmaya, founder of inFeedo stands an epitome for breaking any such stereotype if present.

“In a market dominated by giants like Microsoft Yammer or Facebook at Work, it is as scary as it is exciting to be such a successful SaaS company out there,” Says Tanmaya.

Competition is anything that but other entities like you. A real competition must be with your previous self. Always be the better version than you were yesterday.

Though as of now, Microsoft has acquired 154 of such companies (Microsoft Yammer’s usage has been significantly dropping), it’s a wait a watch for everyone to see how big of a fight can inFeedo put up with the giant.

Employees from more than 5000 companies(Which includes Faasos, Make My Trip, Craftsvilla, PayU) are active users of inFeedo where anonymity plays an amazing role.

“Work culture, that’s what differentiates any two companies. It’s a CEO’s responsibility to carve out an amazing work culture for any company but not that of an HR.” points Tanmaya.

The 3 ‘A’s that run inFeedo are pretty clear in their role for a company that is already into generating 7 digits in recurring revenue.

Ambition is what you dream and are ready to do it. Aim for the stars. You’ll at the least land on the moon.

The Audacity of a company or an individual must be strong. Take risks. Be bold. But be meek and modesty must be taken into account at all the times.

Action: The idea of starting up must never die as an idea. Startup. Do it .But never for the sake of just starting up.

When a B2B company looks at a problem with a single handed perspective, a lot of time,money and energy is being wasted on the same. The need for a single point solution for all such problems is what encourages the SaaS industry. InFeedo’s unique approach and problem-solving method seem to be an advantage over most of its competitors.

When you look at the SaaS market, it is a great boom and will continue to be so for decades to come. Speaking of numbers, it is going to cross a mark of $130 billion in revenue by 2020. With the advent of technology and its topological use of SaaS, the number of startups in the SaaS domains have considerably increased recently.

Microsoft’s acquired 154 such companies and ruthlessly merged such solutions into their enterprise suite. Can inFeedo battle this out or will it also end up getting absorbed like Yammer did in 2012?