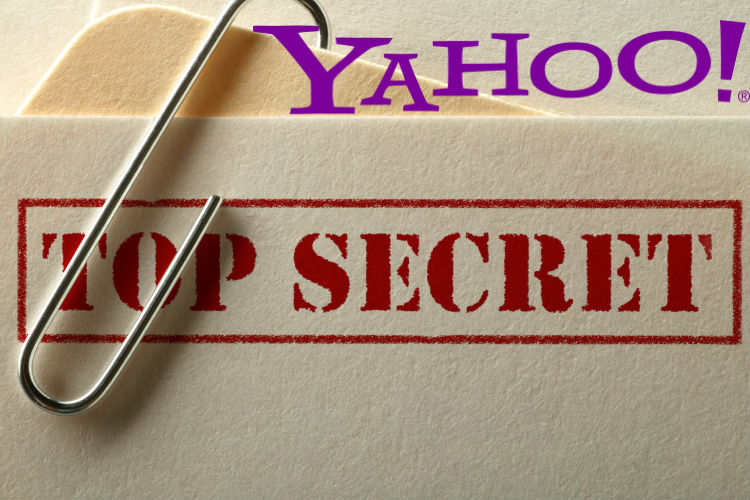 New update on Yahoo as per VC Cricle! Apart from user account details being hacked, Yahoo themselves scanned millions of users email accounts for United Stated (US) intelligence agency.  A program was developed by the internet giant’s engineers that scanned all the user incoming emails for a particular string given by US intelligence officials. This is the first time a secret operation was carried out by an internet company without fighting the request.

Under laws of Foreign Intelligence Surveillance Act (FISA), intelligence agencies can ask US internet companies to provide customer data for prevention of terrorist attacks. Google, Microsoft, Apple answered such requests with a big “NO”. These companies were taken to court but internet companies have a strict policy of non disclosure of user details to any external organization. FBI compelled Apple to unlock an iPhone used in 2015 San Bernardio massacre, but Apple refused to do it. Yahoo did not fight this request. They worked with this intelligence agency (sources say it was most likely NSA/FBI) scanned customers incoming emails and sent data to the national security agency.

This secret project of Yahoo leads to the departure of their Chief Information Security Officer, Alex Stamos in June 2015. The program for real time scanning of user emails was discovered by the security team of Yahoo and they thought it was a hacker. Stamos later found out that the engineering team developed it on the request of CEO Marissa Mayer. Stamos resigned bases on the grounds of not being involved in such a big decision. The program made Yahoo user information vulnerable.

Internet companies treasure is the user information and distributing this will affect the business. A user uses internet services only because his/her information is private and secure. No comments or statements with respect to this news have been given out by US intelligence agencies or yahoo. Yahoo is currently being acquired by Verizon for $4.8 Billion, this transaction is yet to complete. Such news can halt or alter this transaction. More news on Yahoo. More latest news.