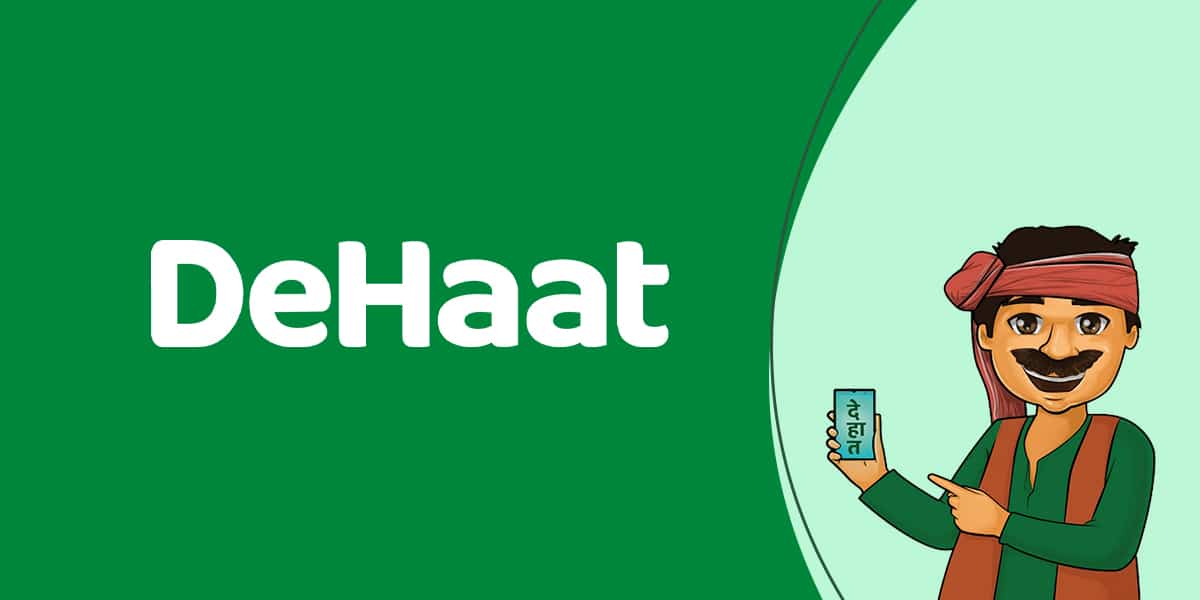 DeHaat which literally means a village, was founded in 2012 by alumni from IIT Delhi, IIT Kharagpur and IIM Ahmedabad. The founders include Shashank Kumar the CEO, Shyam Sundar, Amrendra Singh, Adarsh Srivastava and Abhishek Dokania. Together they had a vision to improve the efficiency of the farm sector in India.

DeHaat  is one of the fastest-growing start-ups in the Agri Tech sector and one of the very few companies providing end-to-end solutions and services to the farming community in India. The purpose of DeHaat is to put the needs of farmers above everything else. To think of innovative ways to empower farmers and to go above & beyond in order to provide solutions to farmer issues.

They are currently operating in Bihar, UP, Odisha and West Bengal with over 1 million farmers. They are using AI based technologies to improve the supply chain and production efficiency in the farm sector. They provide full-stack agricultural services to farmers, including distribution of seeds, pesticides, fertilisers, farm machinery, cattle feed and all agriculture allied products, farm advisory, financial services and market linkages to sell farm produce.

In the past 8 years they have grown leaps and bounds and have been recognised by several organisations like NASSCOM, Forbes, ET, Niti Aayog, and Bill Gates Foundation. Now as a fully funded startup they aim to build a network of 5 million farmers by the end of 2024.

It reaches farmers with the help of its 4000 DeHaat centres which are mainly run via a franchisee model. Farmguide, Helicrofter and Y-Cook have been recently acquired by DeHaat to expand its reach to the western parts of India and to strengthen its foothold in the global food supply chain.

DeHaat is currently valued at $700 million.  It  has raised a total of $278 million in funding in over 9 rounds. Their latest funding  of  $60 million was raised this December from a series E round. Dexter Capital and Vertices Partners were the advisors of this funding round. The investors included Temasek Holdings,  Sofina Ventures,  RTP Global Partners, Prosus Ventures and Lightrock India.

The company raised $115 million in a Series D round led by Sofina and Lightrock India in October 2021. Shashank Kumar mentioned that two thirds of this capital was still to be used. They are focusing on reaching more farmers in the regions they are currently operating before expanding to other regions of India.

Shashank Kumar the Co-founder & CEO, DeHaat, said, ”60x growth of DeHaat in last 40 months has been phenomenal and has laid a foundation for clear path to profitability.” ”Closing a $60 million round when 70 percent of last raise is still left signifies a victorious status of DeHaat as a market leader in AgTech,”.

“At this point, we want to focus and double down on the existing geographies, offering new products and value-added services to farmers instead of entering newer markets,” Kumar said.

DeHaat, has acquired six companies till date, the latest being YCook India Pvt. Ltd and FieldFresh Foods.  It has been ahead of the curve with these mergers and acquisitions and it  aims to aggressively tap into the global economy for Indian farmers.

In the financial year 2022, the company posted a loss of Rs 164 crore on operating revenue of Rs 1,275 crore. It is targeting to double its revenue this financial year as per sources within the company. DeHaat is also aiming to turn Ebitda (earnings before interest, taxes, depreciation and amortisation) profitable in the next 12 months. As per the CEO the company is well capitalised and it aims to leverage this status to consolidate growth towards efficiency and profitability.

Shashank kumar said, ”Hence, we aim to break even in the next 12 months along with 2-2.5x growth on YoY (year-on-year) basis,”

The Agritech scene in India is looking very promising with companies like DeHaat making a mark on the agro landscape. Recently we wrote about agritech in India as one of the trending startup ideas of 2023. 8 Top Startup Trends To Watch Out For In 2023 Also the need to have more such startups venturing into this field. Food Waste at Farm Level -An inspiration and a nudge to act now

As Yana Kachurina the Principal at Sofina said, “We continue to be impressed by DeHaat’s vision and endeavour to empower farmers and local communities, and with this additional funding we hope to create an even deeper and broader impact within the existing network as well as new geographies.’