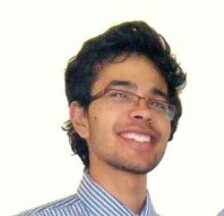 My run for the post of the President of my college approached a hurdle when I was shown the door and asked to step down being made to sit with the disciplinary committee. My ever seeming walk towards victory ended that day. But it is never late to discover in order to recover, look for more opportunities as one door shuts. So in mere 3 days I started off with my first startup at the age of 21. It was a simple idea – to connect the disconnected, by having a cab service for commuters travelling intercity and named it CabMe. A team is a group of players taking side to fight the competitors. The idea was unique and competition low, thus it was enough for this man to tread on this path alone. And it began with a Facebook page and a website (paid a friend Rs 1000) and the startup kicked off and ran successfully for 1.5 years. Transactions totaled to more than 3 crore with bookings crossing 2000. In the process we were funded by sandbox startups and accelerated by Espark viridian. Although I had to leave the same with a heavy heart as the competitors had entered and chances of survival seemed bleak.

This was how I had begun, with two failures. Later, I joined a company in Delhi as its COO to work on 3D printing, spending 6 months, learning about work and people – I left. Ties broke and I came out of the muddled waters.

Various ideas were going on in my Mind. But one struck me hard, to work on the problem of Women Safety (p.s. on Dating Apps). And I beleive that this will bring a revolution in Dating industry.

People feel that I have failed and I keep wandering aimlessly. Some mock at me, some do encourage me and some consider me and my ideas to be just impossible. Without being carefree by the appraise and downtrodden by the criticisms, I keep on doing the right and most importantly whether I Win or Loose the game, I definitely enjoy it.

And the process itself has taught me a lot.

I Learnt to make my business plan with an investor and COO of a 700 million Dollar Company.

I met with 1000’s of people who have built big businesses.

I have managed teams having more than a 100 people at the age of 21.

My Startup was well  known to almost all investors in India.

I can now make things work out even during the most difficult times.

I can now see what people want and what type of products work in the market.

I learnt how to make a team.

I learnt how to convince someone to work for me.

A winner never quits and a quitter never wins –  Philosophy I Follow.

Thank you for reading