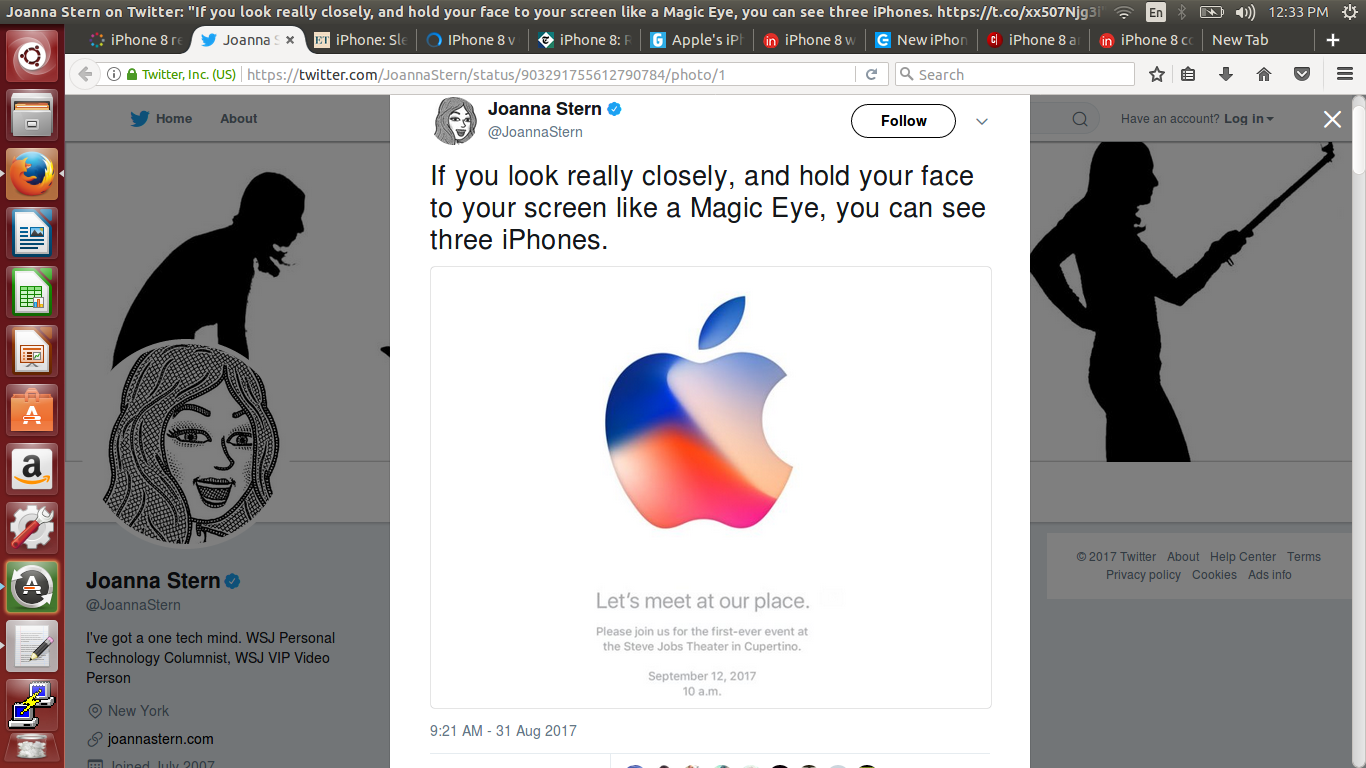 Apple will launch the iPhone 8, possibly along with iPhone 7s, iPhone 7s Plus and a new apple watch that supports SIM card, on September 12.

Apple has already announced the event scheduled to take place on at Steve Jobs Theater located in the Apple Park campus.  The event will be held in September 12 starting from 10 am.

The iPhone 8 may come in two versions, including 128Gb and 256GB, which is reminiscent of the way Apple handles storage options for the Jet Black and Red iPhone7 versions.

Apple’s iPhone 8 is expected to come with a new design with a stainless steel chassis and a glass back. The handset will feature an OLED edge to edge display which will almost be bezel free. The device will be powered by the new Apple A11 processor and it is expected to come with 4GB of RAM with dual rare cameras. These cameras are placed in a vertical setup rather than the horizontal setup of the iPhone 7 Plus.

Wall Street Journal tech columnist Joanna Stern was quick to suggest the red, white, and blue in the logo which confirmed Apple would be releasing three separate phones.

Once it arrives on shelves the iPhone 8 will go head-to-head with Samsung’s Galaxy S8 which already looks set to win a host of awards in 2017.

The new iPhone 8 has been rumored to include facial recognition, this will apparently replace the fingerprint sensor for unlocking the handset and for Apple Pay, wireless charging, an edge-to-edge display and – for the first time – no home button.