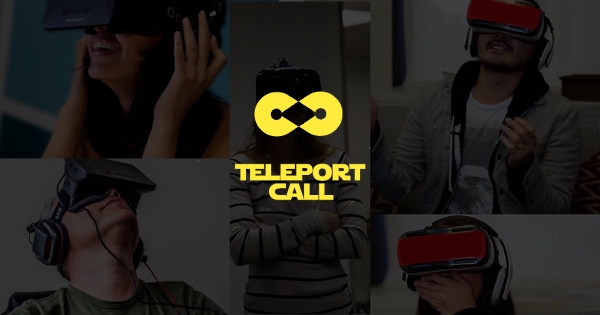 Teleport yourself to your favorite destination during a voice call

Who needs a flying carpet, if you can teleport yourself and your belongings? Teleport Call, a product from GazeMatic was founded in 2015, by Karthikeyan NG & MohanRaj MS. The start-up is located at Koramangala, Bengaluru which is the hub of all the de-facto companies in Indian startup Eco-system. The challenge is to build “THE CALLER” mobile application for Virtual Reality. Communication in a virtual environment is the way to connect with people around the world whenever and wherever. Teleport Call is the very first voice caller application where we can teleport our self when we are on a call with our friend. More than 2000+ VR experience videos are available. Before picking up the idea of Teleport Call – the VR caller application, a bunch of things were tried. It was then started by manufacturing cost-effective version of Google Cardboard, and then pivoted it into making apps for real estate and educational industries. Later an awesome prototype was made of independent VR headset, the next gen version of Oculus rift which can work independent of another computer’s graphics power in six months. A lot of time and money was spent on this. This idea of Teleporting , when already on call arose one fine midnight. Also the increasing use of interest towards watching 360° videos on Facebook & YouTube paved the way to the birth of Teleport Call app. Karthikeyan NG , 28, the founder  and MohanRaj , 28 , the co-founder and an experienced employee on video promotion network building together came up with this idea of VR application . Sharavana was appointed as the lead to the mobile app engineering team, who has 6+ years of experience on building Android framework level apps. All the three are college mates from TCE, Madurai. Karthikeyan earlier worked with Symantec Corporation on Norton antivirus business unit as a senior developer and then migrated to Bengaluru to join Perk.com as a core team member and developed 5 of their version 1.0 apps as a single mobile app developer. He later got an opportunity to work on VR and AR for two years at Ymedialabs , which made him dedicated towards VR and developed a simple Google Cradboard. An article on VR in TOI boosted up his interest and started his VR journey. MohanRaj , a BE(CS) has experience on formulating algorithms on reaching proper end users and increasing revenues. He quit his previous startup Promolta.com to build something unique and bigger on global level in making the videos interactive and entertaining.

Growth Track of the Bootstrapped Start-up :

Claimed to get a record of 5000 downloads without marketing in the very first month. Teleport call app has a total downloads of 6124 since the launch on March 23, 2015. Around 4-5 minutes on call is spent regularly. Users made around 12645 Calls through the app majorly from US, UK, India, Germany & Russia and Other countries.

Standing Out in the Competition and Returns:

Teleport Call app is free to download from Android play store. Once the app is installed, user can register himself with the app. After logging in, the independent VR mode can be used to call a friend. Friends can be added by adding their Teleport Pin directly. Once a friend is added, call can be made on the next screen by selecting the VR experience. A 15 seconds timer is set after the call is connected for both the caller and the callee to place the phone inside the VR headset and have a virtual experience. Teleport Call gives a unique 360° experience directly by getting into the gallery instead of calling. While on a 2G connection, probably VR mode can be turned off to make a normal audio call.

The core team is planning to release application for Samsung Gear VR, Oculus Store and IOS in coming months. Currently they are exploring more towards spatial audio to give better experience on a VR mode and also a better video optimization on a VR mode.  The live stream feature to teleport everyone is under process which is going to be an innovation. Though the VR market is in a nascent stage, efforts are been put to set up a research lab very soon. In short , Teleport call is the best thing since sliced bread.