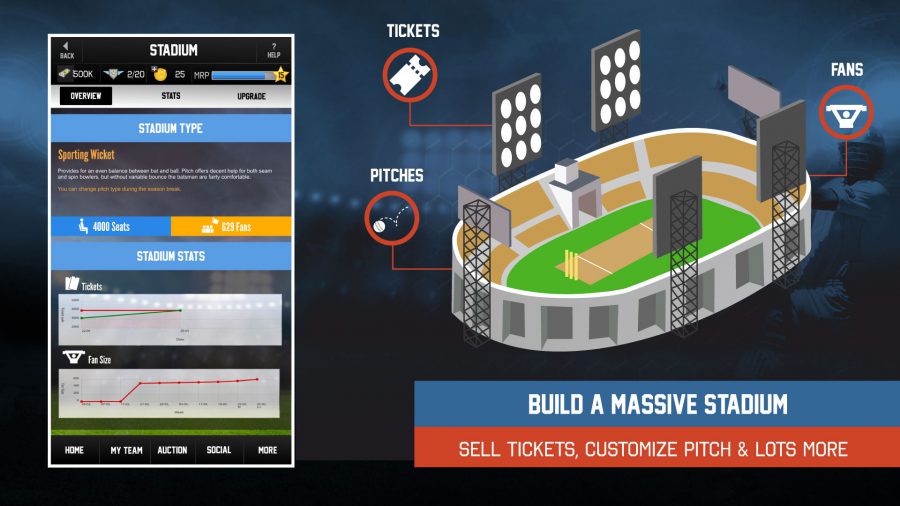 With over 750,000 users, Hitwicket is a unique strategic centric Cricket management game in which the user plays the role of an Owner of a T20 cricket team and experiences all the challenges faced by the owners of real T20 cricket teams. The user makes all strategic decisions like setting match lineups, training players, building stadium and managing team finances.  In this multiplayer game, users from across the globe compete with each other for the league title.

The game is an amalgamation of chess, monopoly & poker, all of which are timeless classics. Easy to play but hard to master.

How it all started

Kashyap chanced upon a Football Manager game in his high school days. The game struck a chord with him and he continued playing the game even as he moved out of school, graduated from college and moved to Sweden for work. The game became a constant while other things around him kept changing.

It was then when the thought of how this game had become a part of his lifestyle stirred him up and got him to put on his thinking cap. In the same time frame, back in India IPL was really picking up. Attributes like player auction, team owners, team finances suddenly started buzzing. People and media could now be seen talking about these newfound dynamics to Cricket, which over past decades was just a simple game of Bat & Ball.

What if the aspects of owing a virtual cricket team, managing players, and balancing team finances could be leveraged through a game to engage with the cricket fans?

Kashyap was excited at the prospects of creating the First time ever, a Manager game for Cricket in which the user is not a Player but an Owner who takes charge of a T20 cricket franchise and makes all strategic decisions to lead the team to victory.

Kashyap flew back to India, and started working on his vision to build “The Best Cricket Game ever”. A game designed on the molds of a Manager Game and meant to engage with the users for months & years and not days & weeks. And, Hitwicket was born.

Kashyap’s driving philosophy behind building Hitwicket was to make a game that can become a long-term relaxation habit for its users and not a short-term addiction that wears off.

An ardent believer of the concept that a game should not become a time sink hindering with the personal & professional life of any user, Kashyap knew that making a game to keep the user engaged beyond years would be a tough challenge.

The tonnes of cricket games in the market had tuned the users to expect to hit a ball every time they tried out a cricket game. Bridging the expectation gap for these users and introducing them to the management games genre was one of the most challenging parts to the game.

With several iterations, the game evolved over months to effectively onboard a user and introduce him to the role of being an Owner of a T20 Franchise in this unique strategy based game.

More About the Founder

Kashyap is a Computer Science engineer from VIT University. Before founding Hitwicket, he worked as a Web designer in Sweden. With domain knowledge in web technology, user interface & user experience assimilated during his previous stints, Kashyap was able to get started on building the game by teaming up with his college classmate. For his continued achievements he was conferred the “Young Alumni Achiever Award 2015” by the Vit University. A vivid reader, Kashyap is passionate to make Hitwicket the “First World Class Gaming IP” to have ever come out of India.

Hitwicket received the “Best App 2016” award presented by the IT Minister at the HYSEA’s Annual Product awards.

They are a closely knit team of 14, graduates from ISB, IIT-kgp, VIT driven to make the game more engaging and appealing to diverse users across the globe. Hitwicket was funded by The Chennai Angels last year.