Fyndus is a Chennai, Tamil Nadu based startup. According to their site, they are a data management startup with a mission to provide everyone a platform to connect opportunities. The startup was founded in 2015. Fyndus India Private Limited is a Private incorporated on 07 December 2015. It is classified as Non-govt company and is registered at Registrar of Companies, Chennai. Directors of Fyndus India Private Limited are Tanveer Maqboolahmed Patel, Srinivasan Ganesan and Sudaroli Vinoth.

In India, the mention of the Gateway to South India, Chennai is incomplete without the mention of the superstar of the millennium – RajiniKanth. Whether it be rickshaw drivers, bus conductors, police force, other common public or any of the  IT companies, the megastar is respected and loved heartily in every nook and corner. This time its the occasion of his next release Kabali. The film is scheduled to release  on coming Friday, July 22, 2016. Kabali is expected to be released in Tamil worldwide, along with dubbed versions in Hindi, Telugu, and Malayalam. The film will be simultaneously released in Singapore and Indonesia.

Kabali is a gangster film starring Rajinikanth and Radhika Apte in the lead. This crime action film depicts the eternal victory of good over evil. The protagonist fights to bring justice to the people who suffer.

Here is why the corporate sector is supporting the film by declaring holiday on the day of launch of Kabali. For many fans, this is an occasion that merits a day off from work. From company-wide holidays to special licence plates, Kabali fever is everywhere. Examples of Kabali craziness can be found splashed all across social media platforms – from Twitter and Instagram to Facebook and Reddit. After a number of employees applied for leave on July 22, Chennai-based Fyndus India Ltd decided to give in and just issue a holiday for its employees on the day of Kabali’s release.  Many companies are organizing special screenings for their employees by booking entire film theaters. And Fyndus isn’t the only startup that’s chosen to do the honors by averring the leave requests. Other startups such as Bengaluru based, Opus and Coimbatore based startup, Payoda are also in the race to be employee friendly. They have announced holiday on July 22, 2016 and have bought ‘first day, first show’ tickets for 300 lucky employees respectively. 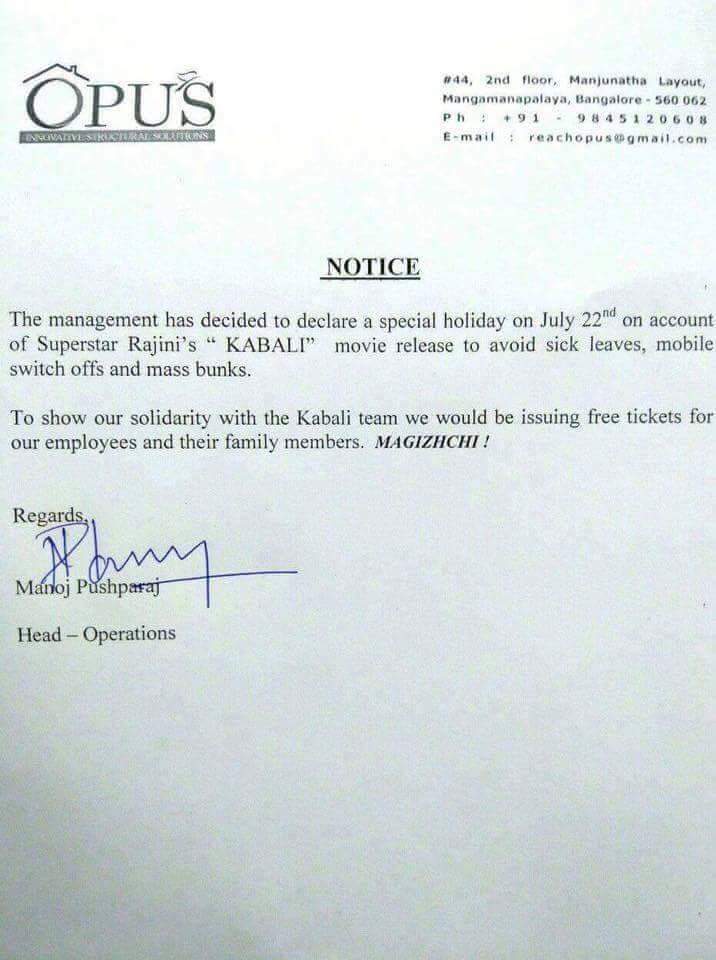 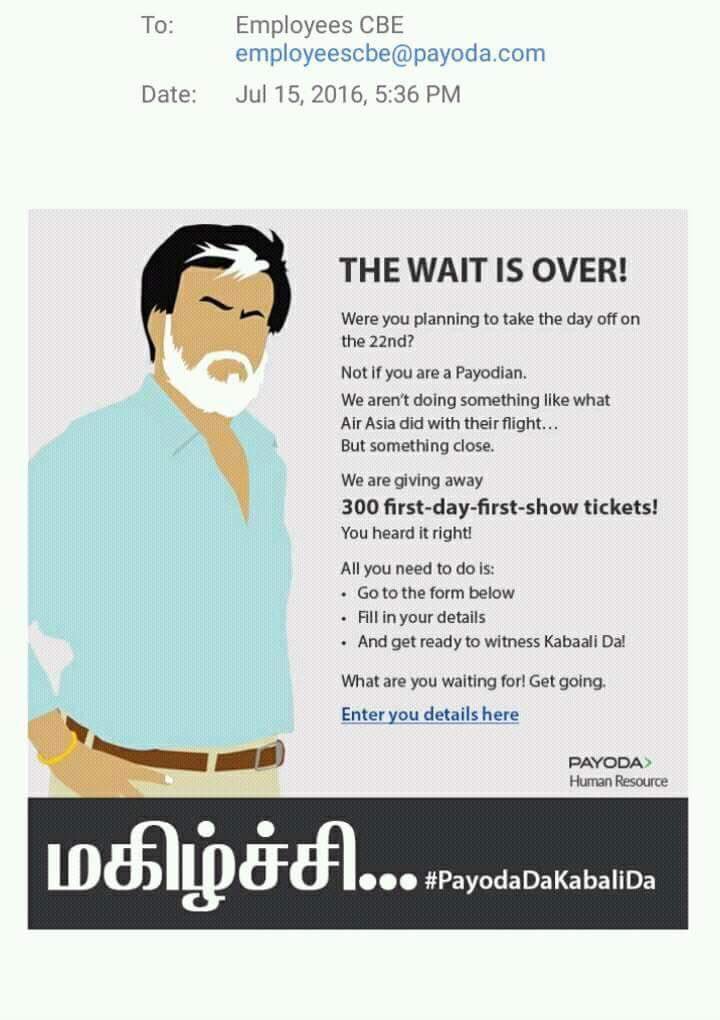