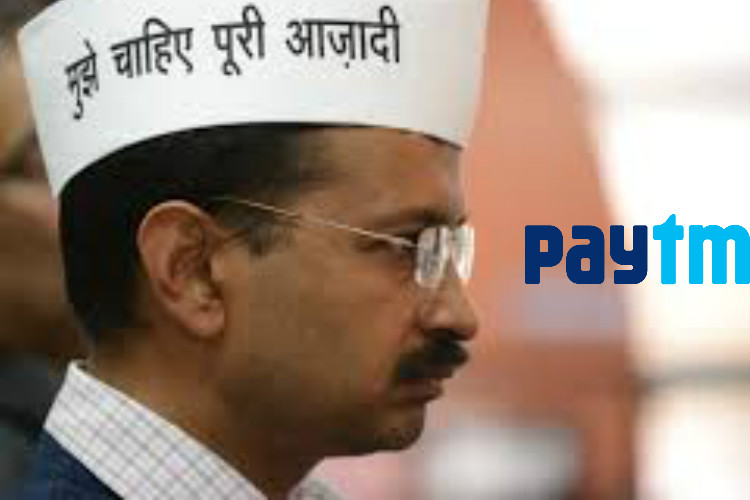 PayTM, which is India’s one of the largest online payment entity and commerce platforms allows users to pay a range of utility bills such as electricity, Dth services, etc as well as give an option for making recharge of their prepaid mobiles online. It wouldn’t ever imagine that the fire of surgical strike that has been commenced for diminishing all the unaccounted money might affect it as well. Well, just halt your imagination, it’s not like the way you are thinking that PayTM has found with a lot of unaccounted money, rather it’s just an advertisement that has made PayTM questionable. And the question has been raised by Delhi Chief Minister and (AAP) Aam Aadmi Party convener, Arvind Kejriwal who didn’t pass any comment over the Demonetization of Indian Currency Notes that has become a talk of the town and soaring high in the headlines of every newspaper and social media platforms. Not sure why there is verbal sparring between Paytm and Arvind Kejriwal.

What was there in this ad that has made Kejriwal so curious? And why PayTM Posted this advertisement? Let’s grab all the details in the next section; do make a tour.

On November 8, 2016, when people in India were making fun all around, the Prime Minister of India has come live on TV and made some announcement regarding demonetization of high-value currency note i.e. INR 500 and INR 1000 in order to dig out all the black money from the ground. Next day, PayTM posted a front page advertisement to congratulate Modi on “taking the boldest decision in the financial history of independent India.” For making such move, Kejriwal said in his tweets, “Paytm biggest beneficiary of PM’s announcement. Next day PM appears in its ads. What’s the deal, Mr PM?” Read will demonetization change Indian economy ?

In reply, Vijay Shekhar Sharma, Founder and CEO of PayTM said, “Dear Sir, the biggest beneficiary is our country. We are just a tech startup, trying to solve financial inclusion and make India proud.” Further added by Sharma, “the removal of INR 500 and INR 1,000 notes will help the company, as a lot of people will use Paytm.” Soon after the Sharma’s reply, Kejriwal removed his comment. But by then the verbal sparring got viral and retweeted more than thousand times and liked as well. However, reports also claimed a boost in large traffic on Paytm that calculated seven times more than the regular as well as app downloads enhanced by three times. Moreover, the wallet option in paytm housed 30 percent more cash as compared to the regular days, so the online transaction increased. Besides, the offline transaction (Paytm to retailers) jumped up five times and still increasing. The lack of sources for making such payment would be the only reason laid behind this growth.

Well, personally, I believe there is nothing wrong in admiring such bold moves taken by Indian Prime Minister whether the appreciations are given by any private firm for its personal behoof. Read Business News.