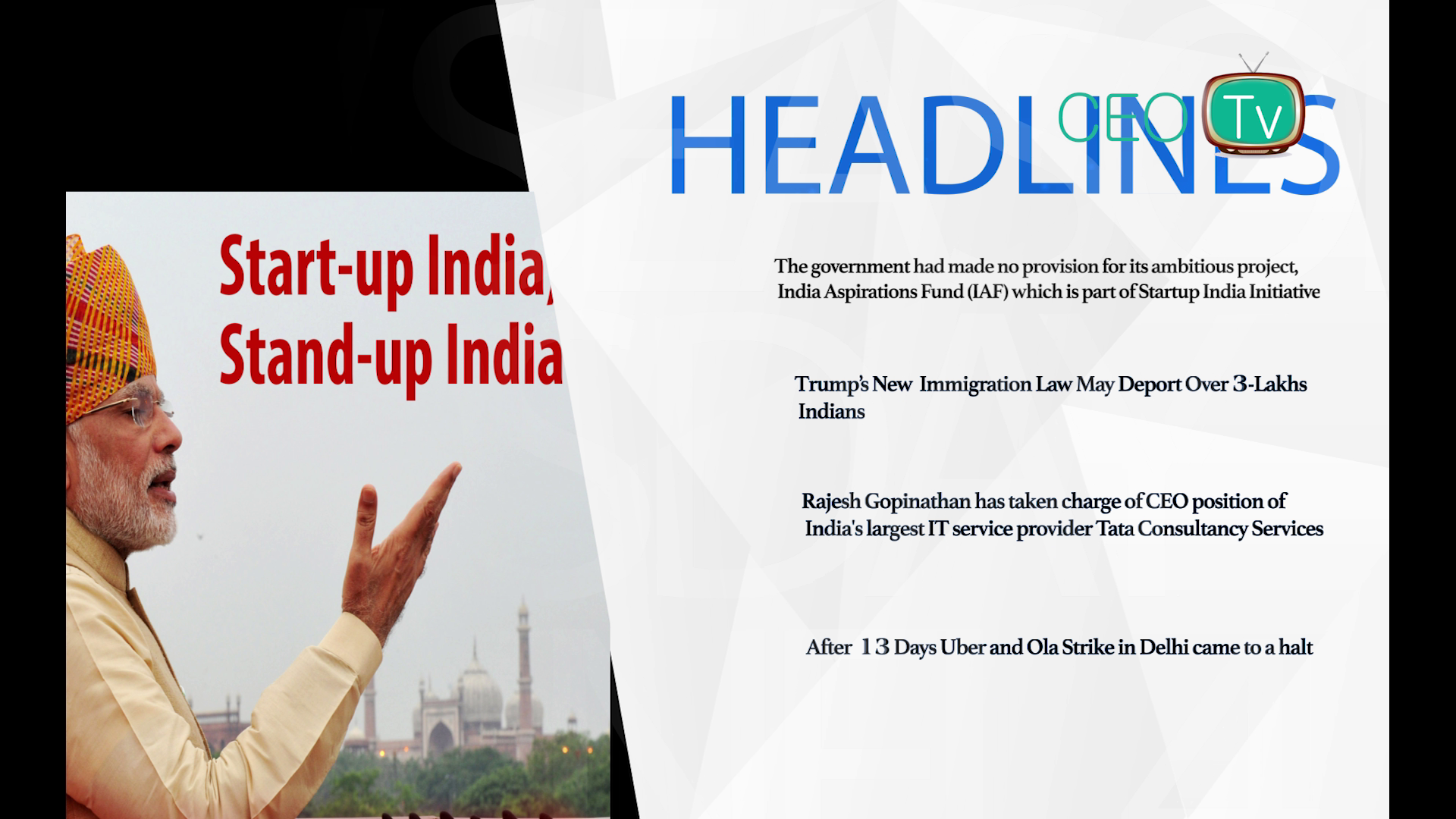 1) The government had made no provision for its ambitious project, India Aspirations Fund (IAF) which is part of Startup India Initiative.
2) Trump’s New Immigration Law May Deport Over 3-Lakhs Indians
3) Rajesh Gopinathan has taken charge of CEO position of India’s largest IT service provider Tata Consultancy Services
4) After 13 Days Uber and Ola Strike in Delhi came to a halt
In August 2015, Finance Minister Mr. Arun Jaitley has announced funding of Rs.2000 Crore with corpus, in order to provide support for startups through Fund operations.
As per the Budget 2017-18 documents, a provision of Rs 600 crore was made but reduced significantly to Rs 100 crore as per the revised estimate.

Donlad Trump new memo says, any immigrant who is in the country illegally if charged or convicted of any offense, or even suspected of a crime, will now be an enforcement priority. As per unofficial figures over 300,000 Indian-Americans are illegally staying in America. All of these illegal Indian may be vacuumed from the States.

India’s largest IT service provider , Tata Consultancy Service, with revenue of $16.5 Billion will be now under the supervision of Rajesh Gopinathan. While other companies are reworking on their business models to survive in the market, it will be interesting to see how Mr. Rajesh will lead TCS ahead.

The battle between Uber and Ola have finally come to end in the capital city after 13 days. The strike was called off by Sarvodaya Drivers’ Association of Delhi (SDAD). The two taxi aggregators had initiated an indefinite strike against low fares and lacking basic services provided by their employees.