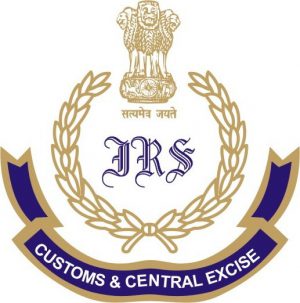 The Income Tax (IT) department has begun a probe on what it thinks are ‘suspicious bank deposits’, including those done by corporate banks. This move is part of the Government’s plan to crackdown on money laundering, post the demonetization move. “In the first round, the income tax department is focusing on those banks that do not have proper KYC (know your customer) credentials or those banks where cash deposits do not correspond with the incomes of customers”, said an IT official. The IT department will probe bank deposits exceeding ₹ 10, 00,000/-. Read more on Money Laundering

Over 85 lakh people in India have made bank deposits exceeding ₹10, 00, 000/-, out of which, the income tax department believes, over 75 lakh bank deposits are suspicious! The IT department is specifically targeting some people in the first round based on big data analytical tools deployed by the Central Board of Direct Taxes (CBDT). This is being done to segregate black money holders from genuine tax payers. The software compares tax returns of individuals to tax paid by companies and other tax-related data with information collected from banks on how much money was deposited by individuals. The queries are sent to individuals, through an online platform, seeking explanations from those who have deposited large sums of money since the demonetization move was announced on November 8th, 2016. Only those with permanent account numbers (PAN) or Aadhar identities can access the e-platform. The queries sent will be very specific to individuals and sometimes they may be asked to send a scanned copy of their Aadhar cards or PAN cards for proof.

“As we see, the tax department could also raise questions about large bank deposits since April 2016, but in view of a high number of cases, this may take some time but the process has been initiated. However, care should be taken that black money hoarders must be targeted and genuine tax payers are not harassed”, said Rakesh Nangia, MD of Nangia and Co. and a tax advisory.

“This is the first phase where queries are raised by tax department and we suspect that all bank accounts will not attract questions. The tax office may pick up accounts which may look suspicious, considering information collected from other sources”, said Amit Maheshwari, business partner of Ashok Maheshwari and Associates.

“In some cases where such depositor is not having PAN, he needs to obtain PAN first and then only he would be able to log in to the system for responding. All those who have received queries are mandated to respond within a month on the e-platform, failing which they would be sent to jail”, said Paras Savla, business partner of KPB & Associates, a tax consultancy. “The analytical tools raise red flags wherever there are discrepancies”, Paras Savla added.

Black money is the main reason, there is such a great gap between the rich and the poor in India. It is shameful that some corporate banks in India had been involved in money laundering because they received some bribes from black money hoarders to convert all their black money into white. Some banks had even manipulated the transaction records of some of their customers to make someone’s black money, white. The IT department has to crack down on such fraudulent banks and black money hoarders. Read more on Startup News