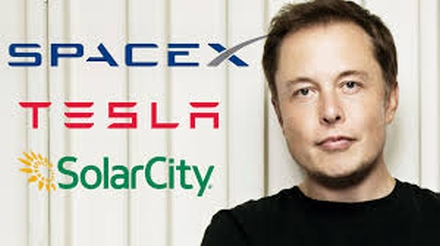 Elon Musk get invitation to manufacture electronic vehicles in India

Elon Musk the founder and CEO of Tesla and other most innovative companies got a invitation from none other than Anand Mahindra chairman of Mahindra Group. A tweet mentioned by him is going viral.

The government of India recently announced its ambitious plan to have all-electric transportation by the year 2030, a surprise move from a country which is largely dependent on import of fuel to meet its motoring needs.

Tesla, which was expected to begin initial operations in India this year and has received some bookings from Indian buyers for its popular Model 3, has not yet confirmed plans to do so. However, Musk’s tweet of June 1 has received a response from Anand Mahindra, chairman of the Mahindra Group, which is the country’s sole electric vehicle manufacturer. Anand Mahindra has not only invited Musk to make in India but also has raised the stake for EVs in the country with his tongue-in-cheek comment: “The more the merrier”.  Tesla along with its founder Elon Musk remains the evangelist for electric cars. Last month, Musk was asked by another Twitter user on his plans to sell cars in India to which his reply mentioned difficulties in setting up a manufacturing base in the country due to the policy framework.

This garnered attention from none other than the central government’s Twitter handle which not only assuaged Musk’s doubts but also extended a warm welcome assuring a supportive platform.  With the Twitter platform abuzz with CEO posts from Mahindra to Musk, and the Indian government all too eager to drive e-mobility in the country, the EV space is set to turn more exciting in the days to come.

Elon Musk get invitation to manufacture electronic vehicles in India