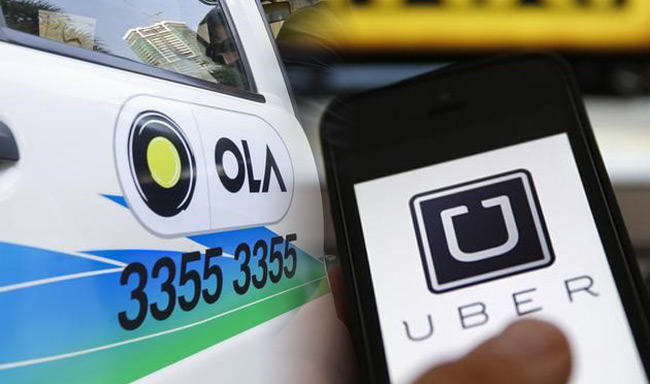 Drivers of Ola and Uber Brought down Bangalore roads

Karnataka State Transport minister M K Ayyappa has released a statement quoting that all the ride-sharing services from the taxis should be banned in the state as they are against the laws of Karnataka state. The taxi owners are not allowed to make multiple pickups en-route. Taxis are only permitted to pick up customers at the source and dropping them off at their destination. This leads to the objection of taxi services like Ola and Uber which will impact their businesses as their incentives got reduced due to the act.

The ban will take effect on Monday.

According to the state transport department, ride-hailing services have contract carriage permits, which will not allow them to pick up and drop passengers during the course of the ride. Such permit only allows for point-to-point pick-ups and drops in the city.

The key reasons for dissatisfaction among drivers of the taxi aggregators are that the supply of taxis has increased phenomenally in the last 2-3 years. According to a study by various consultants, market research services for transportation companies, there were 53,000 registered taxis in 2013-14 which has increased to 113,000 registered taxis as on October 2016 in Bangalore alone. Similarly, the numbers of taxis in Delhi has doubled in the last two years to 80,000.

Many states, including Maharashtra, are very much in favor of ride-sharing services because of the reduction in travel costs as well as road congestion.

Aiyappa conveyed the message to drivers and representatives of the ride-hailing services at a meeting on Wednesday. The meeting has arranged to address the issues of drivers who have been protesting reduced incentives offered by Ola and Uber which they claim have hit their livelihood.

An Uber spokesperson said “We strive to be a mobility option for everyone in Bangalore and we regret the disruption caused to our rider and driver community. We remain committed to serving the city, ensuring driver partners can continue to access a stable income while giving riders a convenient, reliable option to get around their city.”

Ola and Uber’s drivers are also protesting the commission that their respective employers charge them. Currently, drivers are charged a 20-25 percent commission and additionally, have to dispense a portion of their earnings. Read Startup News.

Drivers of Ola and Uber Brought down Bangalore roads