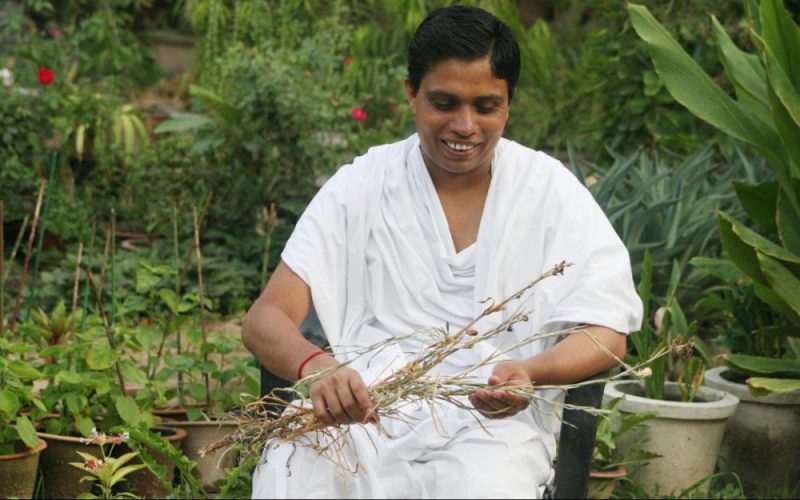 Acharya Balakrishna and his journey with Patanjali

Patanjali Ayurved Limited, one of the most renowned FMCG companies, was established by Baba Ramdev along with Acharya Balakrishna in the year 2006 with an object of introducing ancient Ayurvedic methods and products in accordance with the latest upcoming technologies. Patanjali today stands as the fastest growing FMCG Organization in India with net worth of Rs 3000 Crores (approximately).

Acharya Balakrishna, the 44-year old CEO of Patanjali and the primary stakeholder of the company, has a very unique way of working. The CEO does not take any salary from the company, in spite of working 15 hours every day, much on Sundays as well. Balakrishna isn’t tech-savvy at all as he prefers reading from printed material, rather than from a computer. Though he owns and iPhone, his office does not have any computer.

He owns 94% of stake in the company where as Baba Ramdev is the face of Patanjali Ayurved Products. Acharya Balakrishna is one of the officially announced richest CEO of India with net-worth Rs 25,600 Crores approximately, claimed by Hurun India Rich List 2016. Balakrishna is considered a close associate of Baba Ramdev. The duo met in Haryana Gurukul and thus started a new revolution in the field of Yoga & Ayurvedic Medicine.  They sowed the seeds of Patanjali Ayurved Limited way back in the 1990s in the city of Haridwar. With Baba Ramdev, he also promotes Yoga practices and hence introduced ‘Yog Sandesh’ – a monthly magazine about Yoga and Ayurveda from Patanjali Yogpeeth. As the chief editor of this magazine, he has spread the benefits of Yoga and Ayurveda, especially to the younger generation.

With so much success of the Patanjali Ayurved Limited, controversies always seem to dance around Balakrishna – being questioned for Academic qualification, Indian Citizenship and owning a pistol without legal permission are a few disputes to name. However, these cases stand shut today as no evidence could be extracted. Read more News on Patanjali.

Balakrishna always carries a traditional look – he often dresses himself in a kurta & dhoti and speaks purely in Hindi. His date of birth, i.e. 4th August is celebrated as ‘Jadi Booti Divas’ by the Patanjali family. He was awarded with the ‘Sujjan Shir’ Award in 2012 for his great contribution in the field of Yoga & Medicinal plants.  The popularity of Patanjali Ayurved products have been increasing constantly across the nation and efforts of the duo are showing a positive effect in the development of the economy of India. Read Startup News.

Acharya Balakrishna and his journey with Patanjali