GoZoomo gets the deepest respect from Alok Goel, MD of its main investor Saif Partners. The used cars marketplace startup decided to shut shop and return millions of investment taken from VCs.

This is one respectful team and we at IndianCEO truly honor their move of shutting down. When media asked about why they took this step CEO and co-founder Arnav Kumar said “The right thing to do is to treat the capital respectfully and deploy it where there is a better chance to create huge value. We tried to build a fast-scaleable business, but realized that the business model does not work. So it is better that this capital gets deployed elsewhere instead of us hoarding it and hoping that something good happens”.

The two year old startup received $7 million in funding and had more than half of it in the bank. The team analyzed unit economics and did several iterations in the business model before taking this decision. This is a very tough decision they have taken but a wise one.

Off late startups are promoting the culture of “spend investor money” and when things do not work, go for another round of funding or announce a shut down. Investors money is not free money, someone worked hard to get that money and they are taking a risk by investing that into a venture. The founder should treat it as his/her own money and run the business. This startup truly believes in this idea.

“The start-up journey is very, very hard,” said Goel, who was earlier the CEO of FreeCharge until its acquisition by Snapdeal. “The entrepreneur takes a lot of risk and puts his life at stake by picking up entrepreneurship. During that stage, he is fighting all kinds of odds to survive and win. So it takes a lot of emotional and intellectual maturity on the part of the founder to take a decision like this,” added Goel. 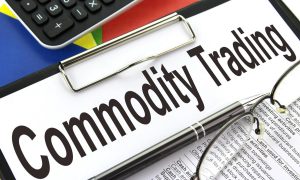