About Great Immigrants: The Pride of America Award

The Great Immigrants award is given by New York-based Carnegie Corporation on the occasion of Independence Day of United States i.e. 4th July. Carnegie Corporation’s founder Andrew Carnegie was a pioneer American capitalist who had shaped the modern American industry and philanthropy. He was the son of impoverished immigrants who had settled in US. Since 2006, each year the philanthropic foundation has recognized the contributions of naturalized citizens with this initiative.

Vartan Gregorian, president of Carnegie Corporation of New York said “These accomplished Americans are immigrants like our forefathers, who unfounded this nation of nations. They are representative of the millions of immigrants who have come to the United States for economic opportunity, education, political or religious asylum, security, or reunification with families and relatives. They, like all Americans, share a common faith in this country.

Four Indian-Americans among 42 distinguished US personalities representing more than 30 countries of origin around the world have been honored with prestigious Great Immigrants: The Pride of America Award 2016 for their role in strengthening the country and its democratic society. All of these personalities represent a wide range of personal immigration stories, and inspiring professional accomplishments. He combines a deep passion for engineering excellence with a rare managerial quality of attracting the best talent into the teams he works with. Mr. Pichai started at Google in 2004, who worked initially on the Google toolbar and then led the launch of Chrome browser in 2008. Following this, his meteoric rise through the ranks of Google soon made him the Vice President, then Senior Vice President and ultimately was charged with supervising all Google apps including Gmail and Google Drive, and finally given control of whole Android. Sreenivasan was born in Mumbai, India.  After immigrating to the United States at the age of seven, he attended Nathan Hale High School in Seattle, Washington, where he became a radio disc jockey.

While earning his degree in 1995 in mass communication at University of Puget Sound, he interned for several TV news stations in Washington State. He was hired full-time in 1995 by NBC affiliate WNCN-TV in Raleigh, North Carolina, and later moved to San Francisco, California, to work for CNET, covering the high tech sector.

In 2004, Sreenivasan joined ABC News in New York City as a correspondent; he became co-anchor, with Taina Hernandez, of World News Now.

In 2009, he became an “online/on-air correspondent” for The NewsHour with Jim Lehrer, delivering the television broadcast’s news-summary and end-of-the-hour recap and leading the show’s blog.

In 2013, Sreenivasan became the anchor for the PBS NewsHour Weekend made at the Tisch WNET Studios at Lincoln Center in Manhattan.

Associated with McKinsey. (Chairman of the Americas at McKinsey)

Mr. Malhotra leads McKinsey’s practices in both North America and Latin America and had joined the global consulting firm in 1986. He also serves as a Trustee of The Conference Board, the Wharton School (University of Pennsylvania) as well as a Trustee Emeritus of the Asia Society.

Mr. Malhotra said he was “truly humbled” to receive the honor and to be in the company of the fellow honorees who he described as an “incredible group”. He also said, “America is a country of great opportunity, with a vibrant democracy and strong values. America has always embraced immigration and celebrated diversity as sources of strength. I wholeheartedly believe that my ability to immigrate was a cornerstone of building the life and career that I have.” 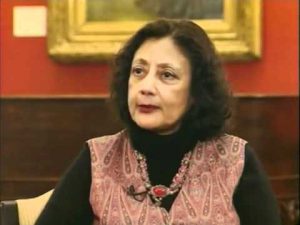 American writer and professor emerita in the department of English at the University of California, Berkeley

National Book Critics Circle Award-winning author in 1988 for her work ‘The Middleman and Other Stories’. She is professor emerita in the department of English at the University of California, Berkeley. She considers herself an American writer and not an Indian expatriate writer.

In fact, in an interview held in 1989, Mukherjee said: “I totally consider myself an American writer and that has been my big battle: to get to realize that my roots as a writer are no longer, if they ever were, among Indian writers, but that I am writing about the territory about the feelings, of a new kind of pioneer here in America. I’m the first among Asian immigrants to be making this distinction between immigrant writing and expatriate writing. Most Indian writers prior to this, have still thought of themselves as Indians and their literary inspiration has come from India. India has been the source and home. Whereas I’m saying, those are wonderful roots, but now my roots are here and my emotions are here in North America.”