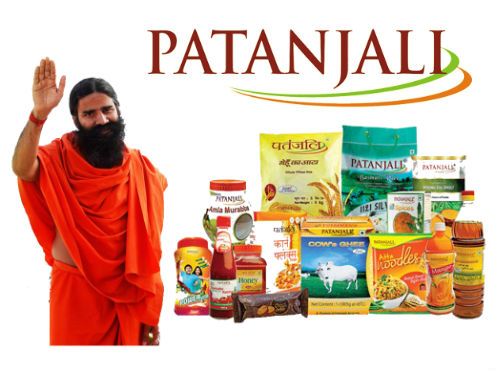 BABA RAMDEV : A Journey from School Drop out to Multi-Millionaire

Early morning a buzzing phone sound woke me. None other than my dad calling me to remind me to purchase some necessary products from a nearby Patanjali store.  Out of curiosity I asked why can’t you get them from Spenser stores. In return he said, Patanjali is from Baba Ramdev, they are organic and very high in quality.”  Evening I went to the store and picked up the required products. I was surprised to see along queue at the Patanjali store and the range of products displayed there. Almost every housedhold need is covered with full FMCG range and all the required Ayurveda medicines.

I knew Baba Ramdev as an Yoga Guru, seen regularly on TV. Few thousand people flock the public event to reduce weight or maintain their health. I was curious to know how a yoga guru turned into an research analyst to build such a big business in matter of few years. Many of his traits are inspiring and I realize the path to success is not any easy one.

Baba Ramdev is best known for popularising YOGA among Indians through his trust Divya Yoga Mandir and Patanjali group of institutions across the world.

Born as  ‘Ramakrishna Yadav’  on 25th Dec,1965 in Alipur of Mahendragarh  district in Haryana state of India. His parents are Mr.Ram Nivas Yadav and Mrs.Gulab  Devi , belonged to a poor Indian Hindu family. He started schooling in Shahjadpur in Hariyana. After grade eight he joined a gurukul(yogic monastery) in khanpur village to study yoga and Sanskrit. There he started learning basics and techniques of yoga. He was initiated into ascetic order by Swami Shankerdevji  Maharaj. After adopting  Sanyasi, he changed his name to Ramdev. After name change he went to Jind district to join Kalva gurukul where he started teaching yoga to villagers at free of cost. He also founded Patanjali Yogpeeth trust in Haridwar , which does research in the healing powers  of yoga and Ayurveda. After few years, he travelled to Himalayas, and spent a number of years there.

He taught yoga to so many celebrities, actors including Amitabh Bachan, Shilpa shetty.

After returning from Himalayas, he moved to Haridwar in Uttarakhand and studied Indian ancient scriptures at Gurukul Kangri Viswavidyalaya. He founded Divya Yoga Mandir Trust in 1995 in Kripalu Bagh Ashram of Haridwar to promote yoga.

Baba Ramdev is expert in Pranayama  which focuses more on breathing exercises. He started hosting a programme series named ‘Divya Yog’ on Aastha TV to promote yoga, which proved to be very popular and gained a large following. After attaining much popularity in India, he started more yoga centres in other countries including Japan, Britain, USA.

Later he started manufacturing ayurvedic medicines. He founded ‘Patanjali Ayurved’ along with  Acharya Balkrishna in 2006, the company now operates at 8 to 10% profit margin. According to recent reports, Patanjali targets the turn over to double to Rs 10,000 crore in 2016-17. 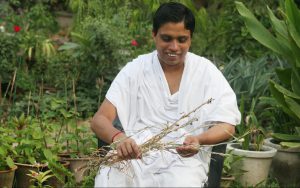 The co-founder of  Patanjali Ayurvedic Limited, Acharya Balkrishna is at 48th position of Forbes list of India’s 100 richest people with a net worth of $2.5 billion, owning 97% in Patanjali Ayurved.

Baba Ramdev is also active in political campaigns. In 2011, he involved himself in Jan Lokpal agitation where he campaigned against corruption along with Anna Hazare, Ram Jethmalani, Kiran Bedi, Arvind Kejriwal and Swami Agniwesh. He also launched a campaign against black money. Baba Ramdev is also well known for controversies with some of his claims and statements. In July 2009, as a reply to a Delhi High Court’s verdict about Gay sex, Ramdev stated that he considers homosexuality as an unnatural and a mental disorder.  He said it is a bad habit, many people acquire bad habits and get addicted to them. He said that homosexuality can be cured by pranayam, yoga and meditation. He claims that the condition of  AIDS patients can be improved through yoga and drugs sold by his Divya Yoga Mandir Trust. As a result of these claims, the Indian union health ministry sent him a cease and desist order and threatened legal action if he did not stop making his false claims including cure cancer of liver, uterus, breast, brain. He shows himself as a proof  of his claims that he has been completely cured from paralysis. He claims that he suffered from paralysis in left side of his body during childhood which he overcome by yoga. If we watch his videos closely, we can observe that there are no wrinkles on his right forehead and his right eye does not wink as much as the left one.

Honoured with Degree of doctorate of Sciences by Amity University, Noida.

Honoured with honorary degree of Doctor of Science by Dr.D.Y.Patil Deemed University.

Honoured with Tarun Kranti Award at Ahmedabad in National Icon category by Narendra Modi, the current Prime Minister of India.

Ramdev was appointed as brand ambassador of Yoga and Ayurveda by Government of Haryana.

He was offered the status of cabinet minister of Haryana which he declined saying that he wanted to continue serving as a Baba.

He was ranked 27th in the ‘Most Creative Business People of 2016’ in an American business magazine ‘Fast Company’. The proud yogi tuned business man says “Over 100 crore people know me by face” which is undeniable. The path to the glory was not an easy one and recites that vision and courage which is bigger than a Harvard MBA. A big surya namaskaar to you.

BABA RAMDEV : A Journey from School Drop out to Multi-Millionaire