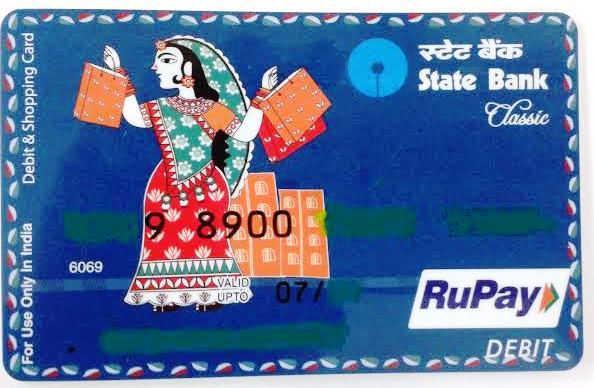 State Bank of India (SBI), India’s largest public sector bank and the largest lender, has blocked over six lakh customers’ debit cards due to a security breach that occurred in a non-SBI ATM network and will replace these with new ones.  The security breach has happened due to a malware installed in a non – SBI ATM that can capture sensitive security information which enables committing of financial frauds. However, Shiv Kumar Bhasin, Chief Technology Officer (CTO) at SBI, has told that customers need not panic. They can approach their bank’s local branch or call up their customer service center or use their internet banking service for resetting their PIN. The replacement exercise is the biggest yet in the history of the Indian banking sector.

According to Mr. Bhasin, many other banks are also facing such a situation and have been urging their customers to change their PINs for a long time now. Some banks have issued text messages while some others have sent e-mails requesting to change customers’ ATM PINs or have sent new ATM cards (with new PINs) to their customers’ addresses.

I too had received umpteen number of messages from ICICI bank. They requested me to change my ATM PIN due to security reasons. But I ignored them all, thinking that it was yet another one of those irritating calls or messages that banks issue to customers all the time. But I was wrong! There really is a big security breach this time and the sensitive details of customers’ bank accounts can be misused if the real culprits of the crime have not been arrested yet. I would advise all of you to change your ATM PINs as soon as possible if you have not done it yet.

As on July 2016, there are 20.27 crore active debit cards of SBI, while SBI’s branches had a total of 4.75 crore active debit cards. Around 0.25 percent (around six lakh) of the cards have been blocked due to malware. High-tech ATM frauds have been on the rise lately. Recent ToI report states that, a woman customer had complained of Rs. 55,000 being siphoned off her bank account from abroad. The woman, an account holder with State Bank of Travancore’s Pattom branch in Kerala, said in her complaint to police, that the money was withdrawn from her bank account twice on September 3rd and 5th! Police said that the cash had been withdrawn from a foreign country’s ATM counter, but did not elaborate. This heist comes less than a month after some persons lost their money in an ATM theft involving some foreigners, including Romanians.

On August 10th, 2016, a Romanian national along with two other foreigners was suspected to be involved in the hi-tech ATM fraud in which a number of people lost money and was arrested in Mumbai. They had hacked the details of various banks’ customers and had withdrawn money using fake ATM cards! Police suspected that the malware installed in the ATM machine at the ATM counter had enabled the fraudsters to gather the secret PIN codes and card details of the customers. Read more on Startups