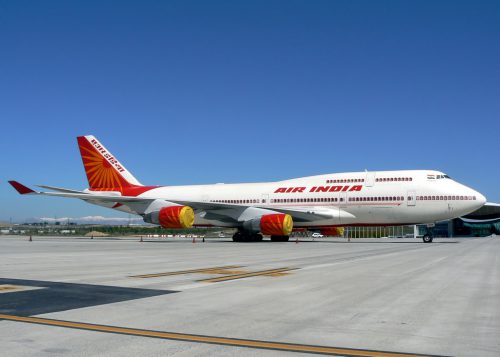 Our national carrier, Air India, has registered twelve vigilance cases so far this year for misuse of its frequent fliers loyalty program by touts. Some of Air India’s employees, working from Chennai, have diverted loyalty points earned by genuine fliers to some other customers in return for bribes! “Currently, an FIR has been filed and investigation is on. The gang, which could also involve airport officials, generated email IDs and diverted reward points of passengers,” an airport official told. The scam was discovered during the verification of know-your-customers document uploaded by a passenger, who purchased the ticket under frequent fliers program. His identity proof was not legitimate but the account was approved!

Talking about the complaints, the airport official said, of the twelve complaints received this year, two of them are written complaints while ten are e-mail complaints. The natures of the complaints include pilferage of airline properties, non-adherence to standard operating procedures in awarding tenders and recruitment procedure among others.

The Air India loyalty fliers scheme scam is a very serious one indeed. Unless the touts are brought to justice, Air India stands to lose its loyal customers and its reputation of being a genuine and a safe airline. This is the business as well as holiday season in India and many people would want to travel cheap to visit their relatives or for official purposes. Air India offered tickets at discounted prices if a flier is a frequent user of Air India. This scam defeats the very purpose of the scheme and denies frequent users of Air India their much wanted and deserved discount. Hopefully the touts will be caught and brought to justice to save the image of Air India as well as of the country apart from to give much deserved discounts to its genuine frequent fliers. Read more on Startups